NATO defines human intelligence (HUMINT) or hyoo-mint as “a category of intelligence derived from information collected and provided by human sources” (NATO Glossary of terms and definitions, APP-6, 2004) focusing on different kinds of information, for example data on things related to a human, information about a human’s specific knowledge of a situation, and other issues.

Intelligence Services deal with the analysis and collection of traces left everywhere by relevant target groups. For this purpose, HUMINT generally focuses on the gathering of political or military intelligence through secret agents (operations officers), whereby intelligence can be defined as the analysis of reliable and accurate information in the context of the military and government as well as business affairs. As one of the basic HUMINT operations human source screening builds the starting point, involving the selection of persons who may be sources of meaningful HUMINT (e.g.based on a potential level of cooperation and knowledgeability). Screening is followed by the (positively) identification of selected targets (e.g. by biometrical data like fingerprints, iris scans, etc.), as well as the conduction of interviews of diverse types (from pure information seeking to other forms of dialogue). Interviews are an intimate act and, often, they have the dynamic of a psychotherapeutic relationship (concept of transference and countertransference), and, for example, insights from argumentation theory are used. Anyhow, different types of human targets will share information involuntarily or voluntarily. An interrogator builds up a relationship with the target person. Such a relationship can be based on fear, trust, friendship, or other emotions – hence, principles and methods of questioning will vary.

Beside already mentioned aspects of HUMINT, this presentation will address the Scharff technique as a non-coercive and non-invasive interview approach based on the establishment of an interpersonal connection with the target. Finally, the talk will highlight some snapshots regarding the relevance of HUMINT in the business context. 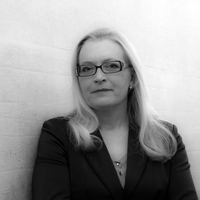