DeepSec 2016 Talk: Why Companies Must Control Their Data in the Era of IoT – and How To – Kurt Kammerer

In his talk Kurt Kammerer addresses any company’s dilemma: The need for data sharing in the era of IoT while at the same time controlling access and ownership. In order to succeed in business, it is imperative to make data available to customers, suppliers and business partners. However, the explosion and the proclaimed free flow of data can turn against an organisation and threaten its very existence, if not professionally controlled. We asked Mr. Kammerer a few questions beforehand.

My talk addresses the major “data dilemma” that enterprises have to face:

Reconciling these contradictory requirements in daily business life requires full dedication, skill and discipline from all stakeholders of an organisation or ecosystem. At the same time, consumers must be aware of this in order to make informed decisions about with whom they want to share which data.

In the era of IoT, data is king!

Whoever is in control of your data, will be able to control your destiny.

Being in control means being in control of your critical data, and not all data available. We will see gigantic “big data” initiatives fail due to the daunting and cumbersome task to identify “the needles in the haystack” if the haystack experiences explosive growth. In contrast, we will see “smart data” solutions succeed that do not bet on sheer processing power, but also take relevance into account. Therefore, keeping your “haystack” at a size that fits your barn by filtering out the noise will remain critically important. 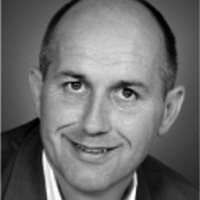 Kurt is CEO and co-founder of regify, a software company that focuses on trusted e-communications. As a serial entrepreneur, Kurt has established several software and communication businesses. From 2003 to 2008, he led the growth of US-based VI Agents, a pioneer in business applications delivered as a service. From 1996 to 2002, Kurt served as CEO of living systems AG, an international supplier of e-commerce software which he had co-founded in 1996.

Kurt holds a Business and IT degree from the University of Karlsruhe, Germany. He was honored as a “Technology Pioneer” by the World Economic Forum. He also received awards from the Asia-Europe Young Entrepreneurs Forum in Singapore and the Wharton Infosys Business Forum.