In Johannes Pohls training participants will learn how to reverse engineer the wireless communication between Internet of Things (IoT) devices with Software Defined Radios (SDR) using the Universal Radio Hacker (URH). The workshop covers required HF (high frequency) basics such as digital modulations and encodings and shows how to reveal the protocol logic step by step and, finally, how to develop attacks against devices. For demonstration they will investigate and attack a wireless socket and a smart home door lock.

This of course requires knowledge in the field of modulation, coding and log formats, which will be practically conveyed during the workshop. “Learning by doing” is the motto. For this to work, the participants need their own computer to operate the software (Universal Radio Hacker) which will be used to analyse the signals and bring them back in.

If attendees already own a software defined radio (f.ex.HackRF), they can record the signals and attack the devices themselves. If that’s not the case, Johannes can make the signals available online so participants can download and import them into the Universal Radio Hacker.

We asked Johannes a few more questions about his training.

I had a chat with Markus Robin at a security conference in Stralsund where we talked about the Universal Radio Hacker and Wireless Security and he pointed out that the topic might be very interesting for DeepSec.

The Internet of Things in general and Smart Homes in particular bring great comfort but also potential threats. Imagine an attacker who monitors when a victim leaves its home based on the wireless communication of smart home devices. When the right moment comes, the attacker breaks the wireless door lock of the victims home without even touching it and leaves no trace apart from the missing valuables.

Every radio device you own is a risk for your privacy and security. Be especially aware when you see someone with a Software Defined Radio sneaking around your neighbourhood.

I think the topic will become more and more relevant in the next years, as the Internet of Things is rapidly evolving and we see serious vulnerabilities leading to stolen cars or broken door locks. Manufacturers will have to protect their devices better, since Software Defined Radios combined with suited software allow performing attacks with a low budget and low effort. 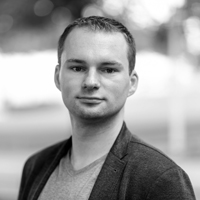