In this talk at DeepSec 2019, Robert will introduce the various operations that Trace Labs has performed to help illustrate Open-Source Intelligence (OSINT) techniques used in finding details on real human subjects. Trace Labs is a non-profit organization that crowdsources open source intelligence to help law enforcement find missing persons. Trace Labs is non-theoretical and its members are conducting OSINT on real people. Robert lifts the curtain on successful OSINT techniques that can be used to pull up important information on individuals. Many of the slides show specific tools and techniques that can immediately be used to improve your OSINT results.

The talk starts with a brief introduction to Trace Labs and its mission of helping law enforcement through a crowdsourced, open source intelligence. It then moves into a technical discussion on how to setup and operate. The presentation includes real world examples of subjects that the Trace Labs team searched for. It will also go over the tools and techniques used to find valuable details on subjects. Various tools are recommended and shown as a base, but the techniques are most important, as new and better tools are continually being introduced. Robert will also show various techniques that were used by subjects to evade being detected. Robert will wrap up the talk with the ethical questions around using these techniques so attendees can consider this as they proceed. The talk is for anyone interested in OSINT. It will provide value to everyone, from seasoned intelligence operators to people, who just want to OSINT their potential date or tenant.

We asked Robert a few more questions about his talk.

As the president of Trace Labs (a non profit organization that conducts crowd sourcing to find real missing persons), I see a lot of OSINT operations. Based on this volume, I am in a unique position to report my findings on what I see happening. I felt a need to report this to help our industry.

OSINT is the first step to all operations. The first thing we want to do is find out more about our target. Conducting efficient and effective OSINT is vital for all InfoSec professionals.

We are often in a competitive environment. It might be a job interview, a project proposal or maybe just trying to stand out in your company. The advantage often goes to those who are best informed. OSINT can be used to aid anyone wanting to have an advantage in these situations. However, knowing how to be an effective OSINT Operator is important to prevent wasting time.

The intelligence industry is moving from espionage to the garage. Now we want to know everything about everyone. I predict this trend will continue to become a huge market. It will quickly go commercial allowing me to buy whatever information I want on anyone and receive this in real time via augmented reality. For example, I will be able to look at you and pull up all your information as I speak to you. This will allow us to make faster decisions and likely lead to automated decisions. We talk about AI as though it will be a singular creation but I predict it will rather be a blend of technologies that is born from our drive to know more. 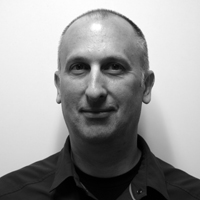 Robert is the founder and president of the Trace Labs Organization which organizes crowdsourced OSINT for locating missing persons. Robert defines Trace Labs as the catalyst which will change the industry and how we solve problems at a larger scale. Robert is also Senior IT Manager in the aerospace industry. He works at an international level and spends most of his time managing information security teams. While these teams focus on traditional risk mitigation, most of Robert’s focus is on finding better ways of securing the business. Robert has spent an increasing amount of time building defenses against social engineering. He has spoken about the rising social risk at numerous events and on different security podcasts.
In 2017 and 2018 he competed at the Social Engineering Village Capture the Flag contest. He was placed third in this contest (both years) and since then has been teaching organizations how to defend against social attacks and how to reduce their OSINT footprint. In 2018 he actually managed a CTF while participating in a CTF at Defcon Vegas.
Robert is also a ten year volunteer with Search & Rescue in British Columbia, Canada. In his SAR capacity, Robert is a Team Leader, Trainer, Marine Rescue Technician, Swift Water Technician and Tracker.