WebSocket protocol is many times more efficient than HTTP. In recent years we can observe that developers tend to implement functionality in the form of WebSocket APIs instead of traditional REST APIs, that use HTTP. Modern technologies and frameworks simplify the building of efficient WebSocket APIs. We can name GraphQL subscriptions or Websocket APIs supported in Amazon API Gateway.

WebSockets in browsers do not use the same-origin policy (SOP) concept, their security model is based on origin check. Out-of-the-box WebSockets provide no authentication and authorization mechanisms. WebSocket protocol is stateful and has two main phases: A handshake and data transfer phase. Most of the time authentication and authorization logic is implemented in the handshake phase, while the subsequent data transfer doesn’t have such mechanisms. Usually, this leads to severe security issues.

We will talk about CSRF issues, authorization bypass and IDOR issues, found in real web applications and disclosed through Bug Bounty programs.

We asked Mikhail a few more questions about his talk.

I’m a full-time bug hunter. And observe WebSocket API participating in Bug Bounty programs. In my talk I want to share my unique experience and some ideas regarding how to test the security of WebSocket API.

WebSocket API becomes more and more widespread. All major browsers support WebSocket protocol. Major cloud providers (AWS, Google, Azure) added support for WebScokets on their platforms recently as well. Protocols such as wamp and stomp built on top of WebSocket protocol are quite popular. At the same time there are “grey” areas related to WebSockets protocol security that are not well-understood by developers like the origin-based model, authentication and authorization, or the reverse proxying of WebSocket connections.

My talk will be interesting in particular to pentesters, bug hunters, application security experts and developers. I created WebSocket challenge on https://challenge.0ang3el.tk/websocket.html. You can come and try to hack it. There will be more challenges soon. During the talk I’ll explain the intended solutions.

I hope to see more great researches and unique vulnerabilities related to WebSocket security in the future.

Here you can find CTF challenges related to Mikhails Talk: 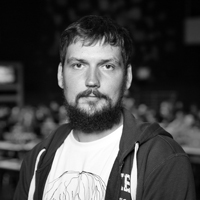