This online course teaches you how to analyse Android and iOS apps for security vulnerabilities, by going through the different phases of testing, including dynamic testing, static analysis and reverse engineering. Sven and Ryan will share their experience and many small tips and tricks to attack mobile apps.

We asked Sven and Ryan a few more questions about their training.

Sven was part of the initial team that was taking over the OWASP Mobile Security Testing Guide (MSTG) and created the OWASP Mobile Application Security Verification Standard (MASVS) project in 2016. In a great community effort over the years we were able to achieve OWASP Flagship status and both projects are referenced in various standards, like NIST in the US and mobile payment standards in the EU and have become the industry standard for mobile security. Ryan supported the project in the early stage and has a passion for mobile security and reverse engineering and is sharing his knowledge with the community.

We created many vulnerable mobile apps together as part of our research and due to the vast amount of content and knowledge we gained, we experimented with pro-bono training for the security community in Singapore. One thing led to the other and we delivered the training at OWASP AppSec US 2018 in San Jose. Over the years we made many iterations over the content and delivered this training in various countries around the globe and are looking forward to doing it virtually for DeepSec in November this year.

To name a few, there are additional hardware features such as biometric authentication (Touch and Face ID), remote procedure calls between mobile apps and the usage of Deeplinks that may introduce a gaping hole in your application. Moreover, security controls like Jailbreak detection or SSL Pinning that can complicate your usual security testing approach.

If you are about to start in mobile app penetration testing, the best advice is to get your hands dirty. The approach that you are applying for attacking other technologies is also applicable for mobile apps. Which means:

This is how you usually learn it the best and you are also getting used to the developer toolchain which also helps during analysis of mobile apps.

To reduce this complexity some companies are experimenting with Progressive Web Apps or PWA’s. These are web apps running in a webview but are able to use some of the native features of the mobile phone, like push notifications. So we might see a shift to more PWA’s in the future, as companies also want to avoid the 30% cut in the Apple App Store and Google Play Store. This will definitely be an interesting topic in the next years and if PWAs are becoming more successful than the testing would become more similar to a web app penetration test again.

Another topic would be around testing. It will be interesting to see if testing will be possible on a macOS device in the upcoming years, due to the recent introduction of the Apple Silicon. As the Apple Silicon is ARM64 based, the CPU architecture becomes now the same as on iOS devices. This would be the foundation to allow installing and running IPA files and even apps from the App Store on macOS.

Another trend we are anticipating is a stronger focus on privacy-related vulnerabilities. We have seen that the general public has been more educated with privacy. Android and Apple are gradually granularizing the permissions of applications and Apple’s recent pro-privacy policy to advertisement tracking. These are great wins but changes on the Operating Systems are usually slow and monumental. We anticipate that data collection will continue to happen, as it’s also part of the business model for many app creators and companies and we have seen third-party SDK or libraries to collect data without the knowledge of developers and users. It will be no surprise to see a demand in identifying app components that may violate personal privacy, and we will include this as part of our mobile security course in the future. 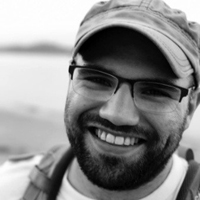 Sven made several stops at big consultant companies and small boutique firms in Germany and Singapore and became specialised in Application Security. Besides his day job Sven is one of the core project leaders and authors of the OWASP Mobile Security Testing Guide (MSTG) and OWASP Mobile Application Security Verification Standard (MASVS) and has created the OWASP Mobile Hacking Playground. Sven is giving talks and workshops about Mobile Security worldwide to different audiences, ranging from developers to students and penetration testers. 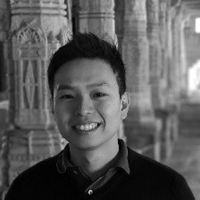 Ryan Teoh (OSCE, OSCP, CRT) is a Security Engineer with a strong focus on Mobile Security. He spends a considerable amount of time in iOS kernel exploitation, contributing to the iOS security testing chapter and the iOS Crackmes which are part of the OWASP Mobile Security Testing Guide. That aside, he is active on both private and public bug bounty programs and has successfully bagged several critical mobile security bugs. Ryan is a strong believer in knowledge sharing initiated a security blog on top of facilitating workshops to security engineers, developers and students about mobile security, dynamic instrumentation and reverse engineering of mobile applications.