Malware often has behaviors that can be used to identify other variants of the same malware families, typically seen in the code structure, IP addresses and domains contacted, or in certain text strings and variable names within the malware.

However, it may be possible to identify malware, or anomalous behavior by analyzing the timing in between network transactions. My presentation will explore this idea using network captures of malicious activity amongst potentially normal network traffic, analyzed quickly with Python. We’ll explore this on network data with full visibility into the transactions as well as noisier encrypted traffic, where we’ll attempt to identify unusual activity based only on bandwidth.

We asked Josh Pyorre a few more questions about his talk.

I had this idea of identifying malicious malware activity based on the timing of network transactions from something I barely touched on during another presentation about tracking botnet activity and decided the best way to actually make time to work on it would be to submit it as a presentation.

Having worked in a SOC, I now the pain of combing through network captures and writing signatures to catch activity on the wire. This is one of my attempts to improve the speed of that work.

Threat actors who create malware are people, and they have the same flaws, busy lives, and distractions that we do. They make coding mistakes and have as difficult a time changing patterns and habits as the rest of us. This makes it easier to find patterns in malware variants, hosting infrastructure, C2 callouts, and other behavior, and it can make our work less intimidating.

The security industry is moving towards automating everything to reduce the need for humans. Work I did 10 years ago in a SOC is now done better and faster by automated processes. If we want to keep moving forward, we should embrace how automation, machine learning, and artificial intelligence will change the direction of our work. Build the things that will make this future and you’ll always have something to work on. Keep researching new and crazy ideas! 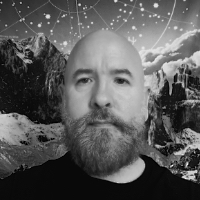 Josh Pyorre is a Security Research Engineering Technical Leader with Cisco Talos. He has been in security since 2000, working as a researcher and analyst at organizations such as Cisco, NASA, and Mandiant, and a principal product manager for advanced threat protection at Zscaler.
Josh has presented at conferences and locations around the world, including DEFCON, RSA, B-Sides, Source, Derbycon, InfoSecurity, DeepSec, Qubit, and at various companies and government organizations. He was also the host and producer of the security podcast, ‘Root Access’. His professional interests involve network, computer and data security with a goal of maintaining and improving the security of as many systems and networks as possible.