DeepSec 2022 Talk: Working in Warzones in Theory and in Practice – Enno Lenze

The difference between theory and practice is much smaller in theory than in practice. This also applies to physical and digital security in war zones. While those at home imagine journalists driving certified armored vehicles and using special encrypted devices, in practice, it is often a Toyota Corolla and WhatsApp. Why is that the case? I will try to explain the different aspects and reasoning behind the decisions on digital and physical security based on real-world experiences and examples.

We asked Enno Lenze a few more questions about his talk.

Living at the intersection of the IT and journalism worlds, I see how theory and practice drift apart. Therefore, I try to explain in both worlds what the other world looks like.

With World War III just around the corner, I thought I should share my knowledge of war zones with those who know little about it. The war in Ukraine has brought the subject closer to many people in Western Europe and I see how many people do not know how to deal with it.

Is there something you want everybody to know – some good advice for our readers, maybe?

Don’t think too much about your equipment and setup in a war zone – in the end, it just has to work.

Unfortunately, I think: Not much will change. There will be faster, better and lighter devices, satellite internet will become affordable, but people will not change and make the same mistakes as before. 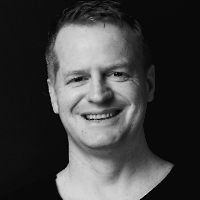 Enno Lenze, born in Bochum in 1982, started his own business as an IT consultant at the age of 18. Later administered LAMP systems and then started reporting from the world’s crisis areas and war zones as a journalist: Kurds against IS, protests in Hong Kong, Israel against Hamas, Afghanistan under the Taliban and since March from Ukraine. This experience is also used for consulting companies and individuals going into these areas for the first time.