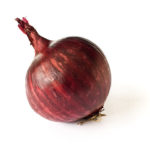 We wrote about the German Tor operator relay organisation Zwiebelfreunde e.V. a while ago. They were raided on 20 June 2018 by the German police in five different locations. The police was investigating a German left-wing blog and was trying to find the author of articles published there. As many of you know, Tor exit relay operators are the last hop in a chain of communication channels, so the origin of the operator’s servers can be seen. However Tor exit relays bear to relation to the real origin of the transmission. This is the essence of the Tor anonymity network. Zwiebelfreunde e.V. is a non-profit organisation that runs Tor nodes for anyone donating money (realised by the Torservers.net project). Their nodes have a combined bandwidth of 5000 Mbit/s. They know what they are doing, they know what information security is, and they offer a service for all of us, because law enforcement, journalists, security researchers, and many more use Tor on a daily basis. It turns out that the raids were illegal. A German court confirmed this yesterday. Essentially the police raided witnesses, which is somewhat counter-productive for investigations.

Back in June we introduced Tor tickets for DeepSec. They differ in price, and the difference will be donated to Zwiebelfreunde e.V. for their support of Tor nodes. We do this to thank the Tor community for their work. They are an important part of the information security ecosystem. We had and will have speakers from the Tor community at DeepSec conferences. Despite the decision of the court regarding the raids, we will keep the Tor tickets in the shop to give something back. Of course you can donate them directly, and we encourage you to do so. Help to make the digital world a safer place.