In his talk at DeepSec 2017 Constantinos Patsakis will show several attacks that can be launched by such applications ranging from overlays and tapjacking to recording audio without requesting any permission categorised as dangerous.

Update: Google has issued an update for some of the issues presented in this talk. The patch is only for „premium“ users as described in this security bulletin for the Pixel/Nexus models. 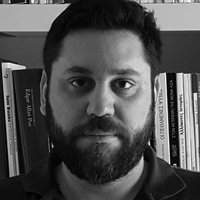 Assistant Professor Constantinos Patsakis holds a B.Sc. in Mathematics from the University of Athens, Greece and a M.Sc. in Information Security from Royal Holloway, University of London. He obtained his PhD in Cryptography and Malware from the Department of Informatics of University of Piraeus. His main areas of research include cryptography, security, privacy, data anonymization and data mining.

He has authored more than 70 publications in peer reviewed international conferences and journals and he has been teaching computer science courses in European universities for more than a decade. Dr Patsakis has been working in the industry as a freelance developer and security consultant. He has participated in several national (Greek, Spanish, Catalan and Irish) and European R&D projects. Additionally, he has worked as researcher at the UNESCO Chair in Data Privacy at the Rovira i Virgili University (URV) of Tarragona, Catalonia, Spain and as a research fellow at Trinity College, Dublin Ireland. Currently, he is Assistant Professor at University of Piraeus and adjunct researcher of Athena Research and Innovation Center.