Most programming languages and frameworks have support for serialization of data. It’s quite handy for storing things to disk (or other media) and transporting them around a network for example. The process can be reversed, aptly called deserialization, in order to obtain the original pieces of data. Great. Even though this process sounds simple, there is a lot that can go wrong. First of all data can be manipulated. Subtle modifications can cause havoc when the data is touched. There is a lesser known class of bugs around deserialization and serialization techniques. Matthias Kaiser has some insights to share.

Don’t say „But it’s just data!“. Data-driven attacks are quite common. Deserialization vulnerabilities is yet another attack  vector your adversaries will use against you. Therefore you should know about this. We recommend this talk not only for developers. Anyone handling data of any kind should have a look at these vulnerability classes. 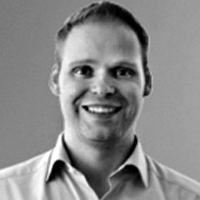 Matthias Kaiser is the Head of Vulnerability Research at Code White. He enjoys bug hunting in Enterprise Software but also client side software and has discovered vulnerabilities in products of Oracle, IBM, VMware, SAP, Symantec, Apache, Adobe, etc. He spent quite some time in researching Java deserialization vulnerabilities and deserialization gadgets and has presented his research at international conferences such as Ruhrsec, Infiltrate and Blackhat.