Android malware is evolving every day and is everywhere, even in Google Play Store. Malware developers have found ways to bypass Google’s Bouncer as well as antivirus solutions, and many alternative techniques to operate like Windows malware does. Using benign looking applications working as a dropper is just one of them. This talk is about android malware on Google Play Store targeting Turkey such as Red Alert, Exobot, Anubis, etc.

The presentation held at DeepSec 2019 will cover the following issues:

The samples and information presented in the talk are the product of our research on many bankbots – such as Anubis, Red Alert and Exobot — as well as other Turkish malware developer actors’ samples. All IoCs in this talk have been shared with the relevant third parties and are now inactive.

We asked Kürşat and Mert Can to answer a few more questions about their talk.

I (Mert Can) was analysing android malware targeting Turkish users. As a red teamer by nature, Kürşat was asked if we can find and infiltrate it’s C&C to salvage the stolen data and report it to the authorities. Then and there, our research began.

Except for power users, smartphone users are easy phishing targets i.e. malicious raffle apps and banking apps. Considering that the smartphone has become an integral part of our lives which means that much of our personal data resides on our smartphones, by preventing even one campaign you can protect a lot of personal information.

Keep your smartphone updated and don’t just trust every app in the Google Play Store.

As mobile malware is evolving constantly (and anti-virus solutions becoming less functional), mobile malware sandboxes and intelligence platforms will become an important part of the companies who use mobile device management (MDM). 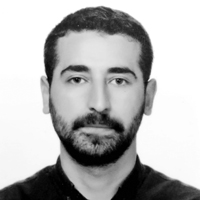 Kürşat Oğuzhan Akıncı is a Penetration Tester at STM Defence and a lecturer at TOBB University of Economics and Technology. He is also a team leader of Blackbox Cyber Security which is Turkey’s first cyber security volunteer group, coordinator and mentor of Turkcell CyberCamp and Turkish Airlines CyberTakeOff. In his free time Kürşat is performing security research through bug bounties in which he has found several vulnerabilities in critical institutions such as the NSA as well as helping Mert Can to break into C&Cs. 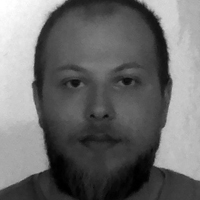