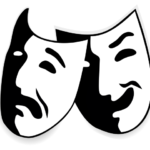 The first day of April is typically the time where you hide well-written pieces of misinformation to trick people into believing something that isn’t true. We published our share of April Fool’s Day articles in the past. While this was and still is fun we believe that it is time to break with this tradition. Hiding something that isn’t true within a stream of informative articles or news items has become a major way of influencing opinion. Good comedy does the same, but the outcome is different. Satirical news are a means to criticise by exaggerating or focussing on an issue. The typical audience of comedy expects this. The distinction between satire and reality have almost disappeared in the past decade. So if you are looking for entertainment there are plenty of other sources which probably work a lot better.

The other motivation is the discussion about facts and figures we had in the past weeks. Unless you have been living in a cave for the past months (which might not a bad idea after all) you probably heard of Sars-Cov-2 and the Covid-19 disease. The current countermeasures put the society and the economy on a big strain. Lacking things to do people put a lot of effort into the analysis of infected persons, cured persons, patient deaths, and more widely available data. Even if you have the source of the data you are working with you still need to figure out how the measurement was done. Just because the unit fits you don’t have data sets that can be compared. You can still do a qualitative analysis, but you cannot predict the future with it. The Internet is full of epidemiological models with varying degrees of relations to reality. Getting scientific research is hard. Getting scientific sound results with severe time constraints is even harder. While most businesses run fine without academic research, the decisions in their are are often less critical than in health care (or climate research to mention a wildly unpopular topic). The companies running critical infrastructure are excluded to some extent. However event logs and history is full of decisions which might have been better informed if time travel was real.

So to give you some kind of summary: Yes, we still like humour, and we still actively support (information security) researchers trying to point out critical flaws in code and design. No, we don’t want to say that things are difficult. They are, but that’s how we wanted it. We just skip making fun of stuff just because the calendar says so. Our calendar says that the call for paper is still open, so please consider submitting your research results for DeepINTEL and DeepSec.

The most important point is our reference on proper (data) science. Measurements only have meaning if you know how the data was obtained, what the error rates are, and how big your sample sizes were. No system administrator will consider your request if you claim that once upon a time in the past the latency between two points in the network was 623 milliseconds and the packet loss was about 23%. Keep this in mind when you read articles drawing highly complex conclusions from a couple of highly doubtful (or error prone) figures. That’s great for gaining followers. Reality just doesn’t work this way.