This talk will provide a critical perspective on the current state of Android accessibility and selected UI security features. Starting with an app store centered overview of how accessibility services are used we will continue with currently unpatched flaws in the accessibility design of Android discovered during our assessment. These flaws and vulnerabilities allow information leakages and denial of service attacks up until Android 8.1. With an enabled accessibility service, we are able to sniff sensitive data from apps, including the password of Android’s own lock screen.

To evaluate the effectiveness of our attacks against third-party apps, we examined the 1100 most downloaded apps from Google Play and found 99.25% of them to be vulnerable to at least one of the attacks covered in this talk. In the end possible countermeasures are discussed and we shed some light on the reporting process of Android vulnerabilities.

We asked Anatoli a few more questions about his talk.

Our vulnerability analysis of available application shows that most developers are not aware of the presented security issues and it is probably unclear of whether AOSP maintainers or developers should be in charge of addressing them.

Accessibility and UI security seem to be a vastly underestimated attack vector for the Android ecosystem. 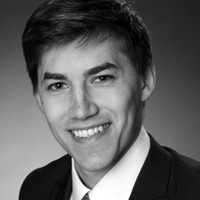 Anatoli Kalysch is a PhD student in IT Security at Friedrich-Alexander University Erlangen-Nürnberg (FAU). His research interests include reverse engineering and program analysis, obfuscation techniques, and Android security with a focus on malware analysis, and UI security. Selected projects are available on ‘https://github.com/anatolikalysch/‘.